For those concerned about battery safety, 2019 is destined to be an extraordinary year for three reasons. First, in the first half of the year, many well-known brands (Tesla, Weilai, Geely, etc.) have caused fire accidents in the first half of the year. Secondly, the CATL NCM811 battery is officially supplied in volume production. Geely Geometry A, GAC Aion S, Xiaopeng G3 (2020) and other models will be equipped with NCM811 battery packs. Third, "Power batteries for electric vehicles" The "Safety Requirements" report has been submitted to the WTO and will be released soon. Mencius said that "fish and bear's paw can't have both". For lithium-ion power batteries that also use organic electrolytes, the high probability of battery energy density in the current technical background means the sacrifice of battery safety.

Battery safety is always relative and there is no absolute safety. Within the normal safety margin, the safety of battery use can be fully guaranteed; but under extreme abuse (such as overcharge, acupuncture, over discharge, heating, etc.), thermal runaway of the battery is a high probability event or even a necessity. . Therefore, a major responsibility of battery safety engineers in enterprises is to study the failure mechanism and performance of batteries under various extreme abuse conditions. Under the premise of considering battery performance and cost, the thermal runaway threshold under extreme battery abuse conditions should be improved as much as possible. , the possibility of thermal runaway is further reduced. In various abuse tests, overcharging is relatively demanding. Especially for the NCM811 system battery, it is common to carry out overcharge test according to GB/T31485.

Ahmed Abaza graduated from Warwick University in 2017. During his Ph.D., he worked with Jaguar Land Rover's battery development engineer Ronny Genieser on power battery abuse safety research. After graduating in 17 years, he joined Jaguar Land Rover as a high-voltage battery engineer. Dr. Abaza's research focuses on acupuncture, external short circuit, and overcharge. His doctoral thesis can be found online. Interested friends, especially those who have just started to contact power battery safety research, can download the link at the end of this article. In Ahmed Abaza's doctoral thesis, there is a chapter comparing the power battery over-temperature and adiabatic over-charge. Generally, the battery safety test overcharge is carried out at room temperature, and the adiabatic overcharge is relatively rare, so the result has certain reference value and is hereby shared.
Graphic analysis:
1. Basic Information
Table 1. Battery information used in the experiment. 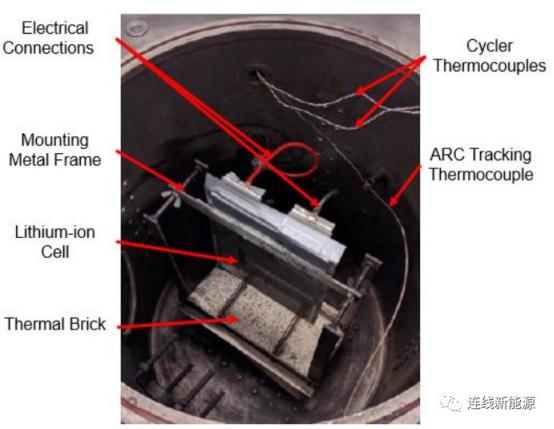 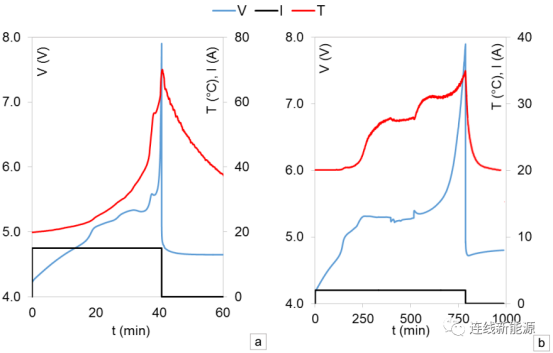 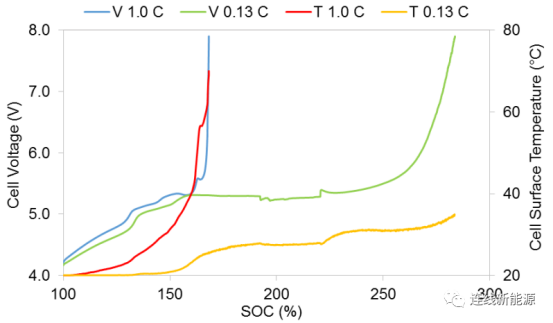 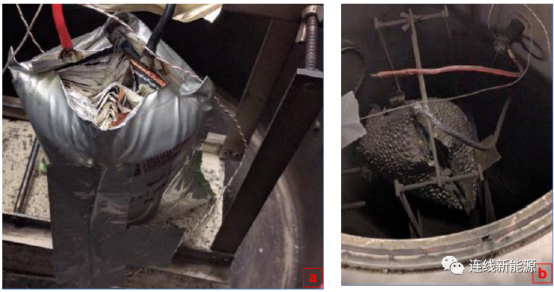 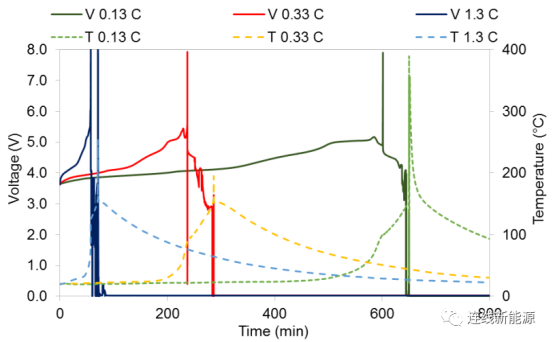 Figure 6. Comparison of different adiabatic overcharge results for batteries: (a) 0.13 C; (b) 0.33 C; (c) 1.3 C.
As shown in FIG. 6, the different-rate adiabatic overcharge batteries do not cause thermal runaway during the charging phase, but cause problems in the subsequent stationary process. 0.13 C, 0.33 C, and 1.3 C were adiabatic. Do not allow the battery to ignite or break at 14 min, 49 min, and 48 min after overcharge.

The overcharge test done by Dr. Ahmed Abaza gives us the following information:
(1) There are many factors affecting the final result of the overcharge test. The heat dissipation conditions, charging rate, battery chemistry system, etc. will all affect the results. The specific analysis should be analyzed in the test and analysis. Do not generalize.
(2) Normal temperature overcharge is not a simple linear relationship between battery performance and magnification due to heat dissipation. However, considering the scene of the power battery in practical applications, the normal temperature overcharge is closer to the real situation than the adiabatic overcharge.
(3) The failure SOC of adiabatic overcharged batteries is more consistent, and there is a certain linear relationship between the performance and the rate of the battery. This also indicates that the adiabatic overcharge can reflect some of the thermal characteristics of the battery.